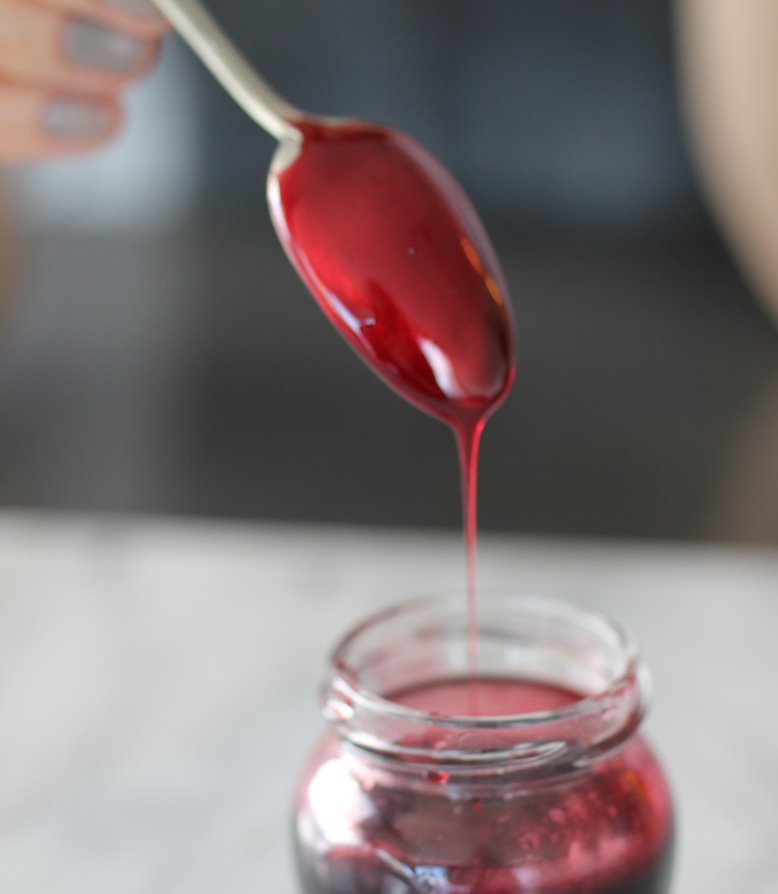 Who doesn’t love pomegranate? The juicy, tangy, sweet seeds are addictive. It can be challenging to open and to seed them if you’re not familiar with the technique, but the result is definitely worth the effort.

I don’t even remember how and when I learned to open pomegranates. My parents have mandarin orange orchards. There are also pomegranate and quince trees around them. My father brings home a big bag of pomegranates every few days. Since I’ve been helping to people around me opening them during my childhood, one day, I started doing it by myself! Practice, practice, practice 😉 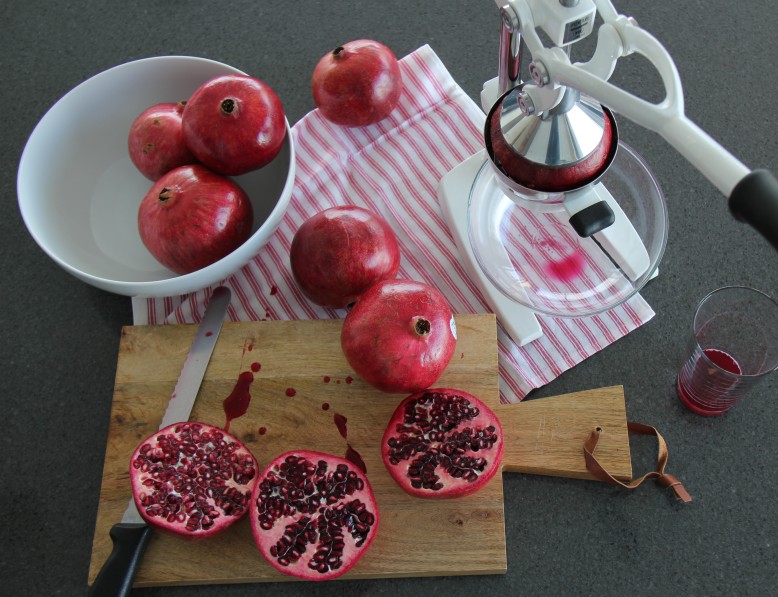 It’s also quite important for me to open them very carefully without stabbing the seeds because they’re like precious gems protected by the fruit’s thick peel! When I’m having them as fruit or using them as a garnish, I like to have them all plump and shiny, not wet, like they’re bleeding in their juice. The idea of damaging the pomegranate seeds with a knife frustrates me, so I always show cooks in my kitchens how to do it delicately! The only time we’re allowed to cut them in half is when we’re making juice. 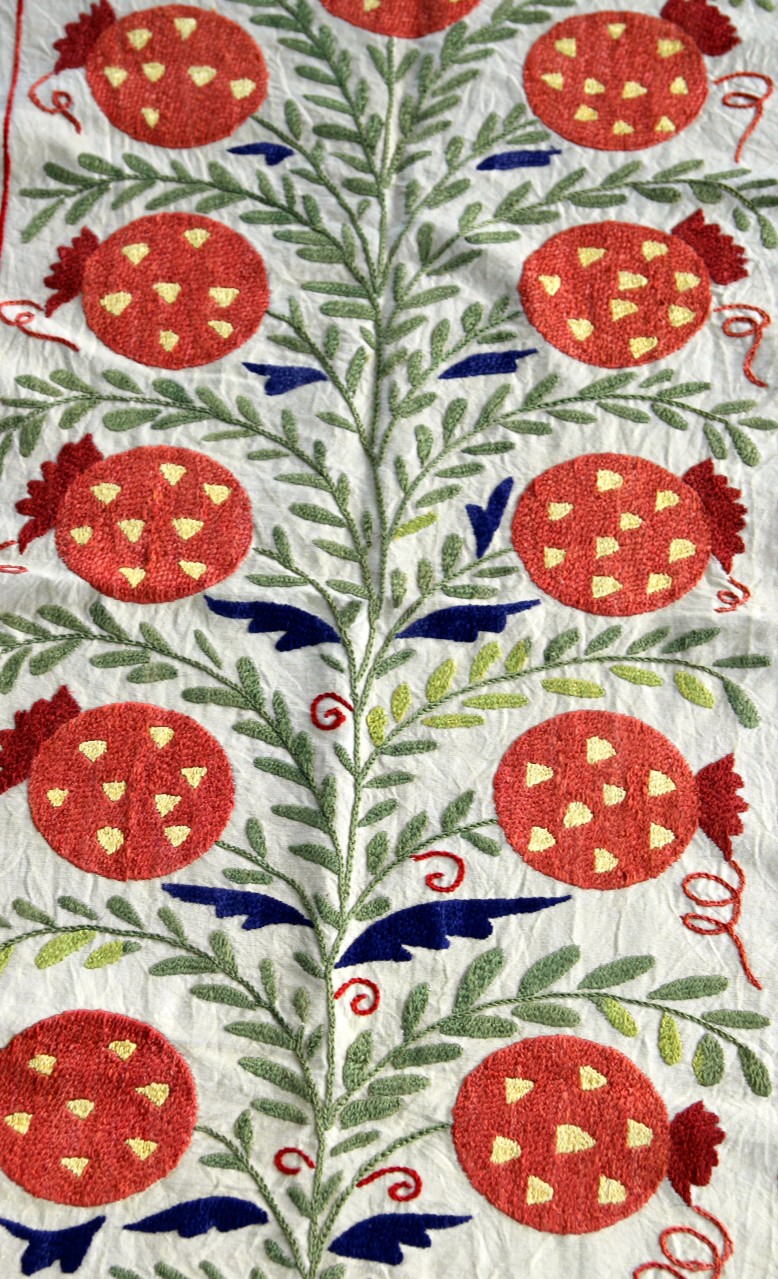 Pomegranate fascinates me, not only because of its gem looking seeds, its beautiful flowers when it grows, or its addictive flavor but also because of how it’s influenced cultural life since ancient times. Pomegranate represents fertility, prosperity, love and health in Middle Eastern culture. In Turkey, it’s a tradition to throw a pomegranate to a newlywed couple’s door to wish them a big healthy family, or to a new opening commerce to wish wealth, prosperity and longue vie to their business. Pomegranate and its flowers are traditional ornaments in tapestry, carpets and fabrics because of their symbolic meaning. There are also lots of stories about pomegranate in mythology that I like, but I’ll keep them for another post.

In Turkey, pomegranate is an essential fruit for winter to eat or to juice; you can see juice vendors on almost every busy street corner. For cooking, on the other hand, its syrup (a.k.a. pomegranate molasses or nectar) takes more prominent place than the fruit itself for marinating, making salad dressing, sauces, and flavoring. Keeping that in mind, let’s make homemade pomegranate syrup and salad dressing with it. I’ll give more recipes to use this syrup in other posts! 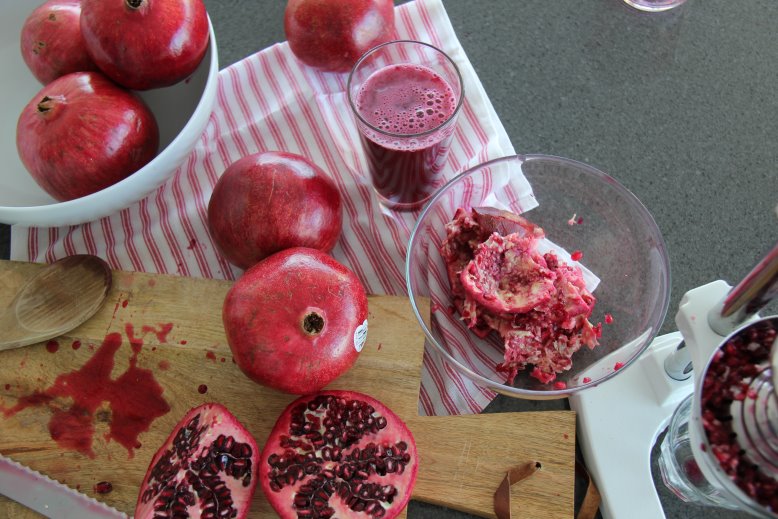 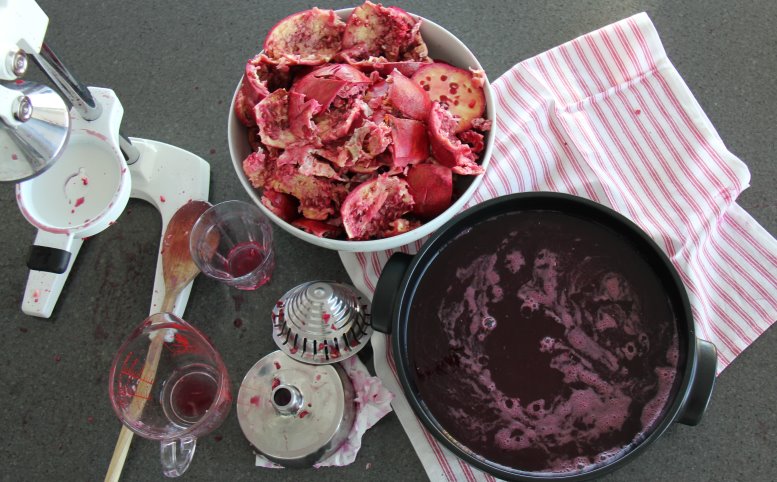